Trying to find the missing piece of writing for my last chapter for the Parallel Portals – which is driving me batty. In the meantime I’m having a grey day so if you’re not in the mood for a downer, don’t read my angry rant! I decided to get back into some poetry to take a break. If I can’t find the piece I’m looking for then I’ll have to rewrite from memory, so I hope to have the final chapter (for book one at least) soon.

Here’s my rant/poem/whatever it is!

Oscillating between Bodhisattva and Hungry Ghost while the guilt demons weave in and out of this wretched soul. Throwing into the mix: an assortment of overwrought piety, anxiety and regret to complete the tangled mess.

Sidestepping this monster every now and then, I become the dutiful wife with a beautiful life; earnestly striving to maintain the façade and going through the motions. Obsessing about unnecessary details, wasting time making lists and planning for events which rarely eventuate.

All this to evade the internal monsters, while projecting the angel who is oh so concerned, helpful, compassionate and mostly trite.

All the lost souls ask, “What is the meaning of life?” There are only two possible answers to this pointless question: to create a meaningful life – or – there is no meaning. The latter is to say, we are an evolutionary mistake; a blight on the earth, teeming like maggots as we destroy the world and each other.

I say this with a mind full of despair at growing older; therefore – some would rest assured that this is my motivation for such darkness. Anger at the ever-encroaching demise which looms on the horizon like a black hole. All levels of existence rely on the state of mind over matter. If I maintain a sunny disposition, then my life will be a happy one.

This veneer of positivity is a cruel trick. The world is on fire and we fiddle like Nero. We smile, laugh and joke our way through life to fend off the inevitable doom; turning a blind eye to chaos and horror. Good luck the activist spirit, which hopes against hope that all the protests and petitions will shift the paradigms.

It’s easy to gnash your teeth against the world, but much harder to grin and bear it. Has it all been for naught? As long as one soul destroys another – in my mind – there is no hope.

Hope wrings its hands together and prays a futile prayer to the empty ether. All is as it’s always been: a swarming, writhing comedy of errors. While catering to the lower self, humans take their souls to a dark place; rarely elevating their acts to the level of holiness.

The donkey is always there, no matter how hard we strain for nirvana. This is the inevitable fact. We are material beings with scant understanding of the immaterial world – if it exists at all.

Doubt and hope occupy the same side of the coin. Both are empty, even though they materialize as the impetus for change. Sadly, psychological imperatives and motivations fall short of completing the task. This is the same whether the micro or the macro; as a whole or as an individual, we cannot ensure that everyone is on the same page.

Evolution drags its knuckles while the cancer eats away at our planet. What was the point of a “higher consciousness” for humans?

Did the Christians have it right when they said that to eat the fruit from the forbidden tree of knowledge would be the downfall of humankind? Would it have been better to have remained as an animal or an obedient slave to an invisible god?

We can try to prove our greatness by pointing to great works of art, scientific discovery and philosophical thought. Where has that taken us? While the earth burns under the feet of ignorant, greedy and savage humans; while children and animals are starved and abused, we continue marching towards the greatest lie – that we will be redeemed and rewarded.

As everything stands right now in my mind’s eye – there is no light at the end of the tunnel.

Let’s say that miraculously – tomorrow – everything changes from disaster to joy and peace. If a god or an alien were to come along and wave a magic wand or point a laser-beam – repairing the whole world and changing the inhabitants to angelic beings – what would it be like?

Would life have meaning then? Would some of us become bored with the status quo?
If I break that down to focus only on my own state of mind, would I find peace?

I try to surround myself with good experiences and positive people. I try to generate only happiness and do my best not to react negatively to those who are “less evolved” than I assume I am. I go with the motions, putting one foot ahead of the other and try to make time to create; to write. I find myself wondering about who will care – if anyone at all.

Does it matter? Probably not. Even if I write to only make myself happy, I still feel like a two-dimensional drone. Why am I posting this? Maybe to see if I’m the only drone who feels this way.

I guess I’ll keep dragging my knuckles and see what happens. 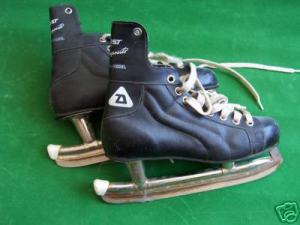