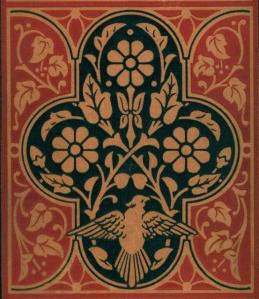 It’s hard to describe yourself as a fringe dweller without coming across as an attention seeker, or as someone desperate to be perceived as different and standing out from the crowd. On the one hand, here I am writing a blog in order to flesh out my stories for my memoir – according to advice I have received, which states that modern writers have to blog and market themselves in order to ‘drum up business’. Blogging seems so extroverted and not really something dwelling on the fringe, as everyone is doing it.

On the other hand, blogging is very foreign to me, as I usually write everything in long hand before typing a second draft on my computer, which is then re-jigged as a third, forth and fifth draft (sometimes more), before I send the query letter, synopsis etc to a variety of publishers and so on, without anything ever having been exposed to the public. I usually prefer this operating behind the veil, although it is a new and exciting experience putting my work out there for all to see, before it is accepted or rejected by publishers.

I have always felt like I am ‘In, but not of the world’ – not so much an outsider, but definitely a fringe dweller. Even when amongst people I feel close to, I don’t usually feel that people truly understand what I am saying or trying to convey. Maybe it’s the same for everyone – as we all experience things differently. And maybe that’s why we tell our stories, so that we can at least try to make a connection. Maybe if there’s someone out there who understands or who has been through the same or similar things, we won’t feel so strange or alone.

Like most introverted people, I live a lot inside my own head. However I do enjoy getting that stuff out because it does get cluttered and noisy! When I was very young I used to draw question marks with faces inside them. Apparently I drew them on my stuffed humpty dumpty doll. A friend of my fathers’ wanted to get me analyzed. That was the time when I set my crib on fire. It was also around that time when I would get up in the middle of the night and assemble my dolls and stuffed toys and hold meetings. I had a lot to discuss and it was all so very important, until my mother came in and angrily told me to get back to bed and go to sleep.

I remember having afternoon naps and staring out the window at the bright blue sky, in a daze. It was a kind of meditative state, staring at the sky and the clouds, hearing a plane faintly in the distance, or a lawnmower. I don’t think it was particularly spiritual, but I remember wondering about life, who I was and how nice it was just to be still and wondering about life! Sometimes I would get up and look out the window onto the rooftops below, at the air vents and dirty alley ways. I don’t remember thinking anything specifically. I was just full of wonder and maybe making plans of what I would do when I had the freedom to get out amongst it all. 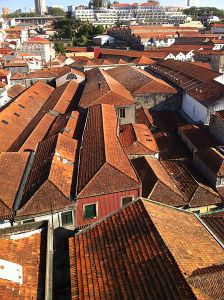 My mother often told me that I always seemed far away and that sometimes, when I looked at her, I seemed to be looking straight through her. It’s probably because I’ve always been such a daydreamer. Teachers have always told me off for staring out the window and to pay attention. Reality can be such a bore. When around others, and being forced to be a part of the group and to join in, I find it annoying and distracting, unless I’m actually interested in what’s going on. I hate being told that something is going to be fun, when the other party has no idea about what I might find enjoyable.

Growing up, others mistook it for contrariness or stubbornness. It was never deliberate. I tried (and continue to try) very hard to be a part of society or any particular group and even pretend where necessary, in order to appease and maintain the status quo. But every now and then I step on the brakes, as I remember that I am not 10 anymore. I remember that I have developed my discriminative senses over the years and that there are times where I can say no or put in my two cents worth.

When I was five and in my first year of primary school, it was after lunch and the bell had rung but I hadn’t heard it. Everyone else had gone back to class but I was oblivious and kept playing in the tall grass, talking to myself in a world of my own. Eventually the teacher came stomping down the dirt track calling my name and my stomach jumped. I snapped back to reality and followed hot on her heels. She snarled over her shoulder “Didn’t you hear the bell?!” Cow.

It’s funny thinking of myself as a child – as the only thing that has changed is that I’m older. Essentially I’m still the same person, just with more memories, ideals, tastes, problems and circumstances, etc. I still stare out the window. I still find it hard to join in. I still find it annoying to have to go through a daily routine (instead of going to school – going to work and having to pay bills etc, like everyone else!). I still wish I could be taken care of, even though I’m a grown woman and a feminist. I still wish things could be simple, although I love intellectual pursuits. I still love being silly although I abhor childishness. I still crave adventure although I relish the comfort of my home.

I so desire a successful writing career but I’m also very afraid of it. Is that what’s holding me back?

This entry was posted on March 30, 2014 by lilithu. It was filed under Memoir, Memories, Writing and was tagged with childhood, daydreaming, memoir, school, writing.